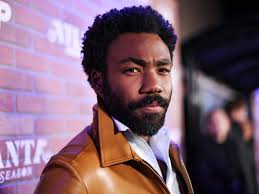 Donald Glover has officially released his new album, “3.15.20,” after teasing fans last weekend with a temporary 12-hour stream of the project. After streaming for a mere 12 hours online before disappearing, Donald Glover’s 3.15.20 has officially dropped.

Of course, for everyone who didn’t get to hear what the innovative artist had in store, the removal of the project was mad disappointing, but Glover raised our spirits once again when he launched a cryptic countdown on a new website a few days later.

Featuring appearances from artists like Ariana Grande , 21 Savage, and Khadja Bonet, 3.15.20 is available on all streaming platforms, as a standard track-by-track version under Childish Gambino, or as a continuous play version under Donald Glover Presents.

Fans can also experience the album simultaneously at www.donaldgloverpresents.com for a limited time.